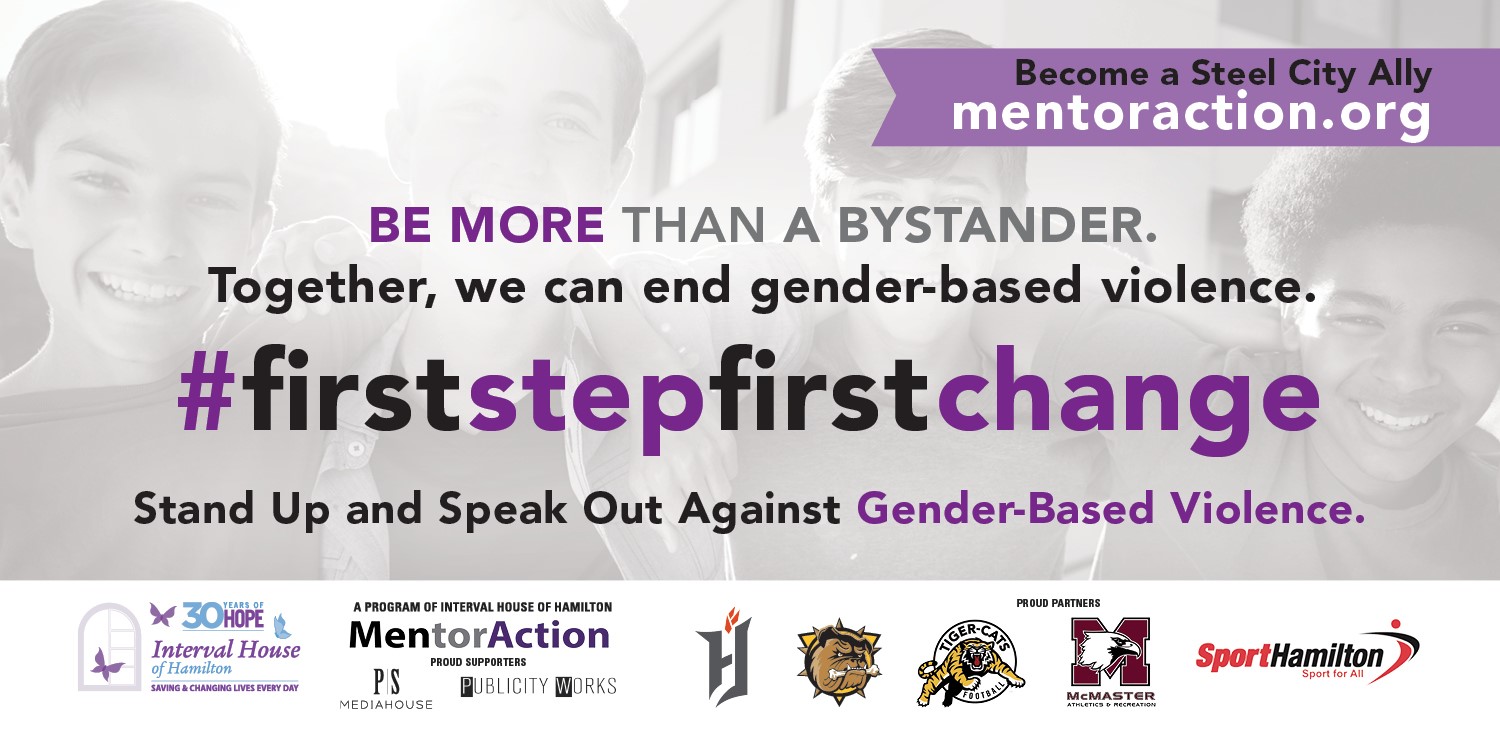 Each February, we bring awareness to our Be More Than A Bystander campaign. The Be More Than A Bystander campaign is a layered approach and focusses on educating, advocating and rallying allies to end gender-based violence. In the month of February, we focus on raising awareness in the City of Hamilton by increasing our public messaging. Several community billboards will display Be More Than a Bystander messages for the entire month. The Hamilton Signature Sign, in front of City Hall, will be lit in the MentorAction colour’s of purple and grey, from February 21 – February 27, 2021.

Bystander intervention is complicated, as bystanders generally know the survivor or the abuser on a personal level. Often youth describe the social pressures of staying silent, as a barrier to intervening. The Media Education Foundation released a documentary called The Bystander Moment featuring Jackson Katz. This insightful documentary tackles the harsh realties of peer and societal cultural norms supporting abusive behaviours. If you haven’t seen it yet, make sure you check it out.

As an ally, take the time to start the conversations with friends, family, children and colleagues. Challenge peer and societal cultural norms that provide a framework that perpetuates abusive behaviours. This month we encourage everyone to be more than a bystander and end gender-based violence.

One way you can work to end gender-based violence is to become a Steel City Ally and take your #firststepfirstchange.